I will be taking a break from my summer outdoor fun activities and sitting down and relearning how to play a musical instrument in the name of performing a few of Elliott’s songs for this/these special events. I’ll be at the Portland and Austin shows….pretty sure Jim Fairchild is in too.  Details are below.  There are shows happening in LA and New York too.  You can read about those here.

Jason will be joining the annual London School of Guitar Workshop this summer.  It’s all going down August 5 – 10th at a stunning 11,000 sq ft mansion on a 5 acre mountain lot above The Canyons Resort in Park City, UT.

Visit the London School of Guitar here for more info.

I Am Haunted Remix

Here’s a remix of “I Am Haunted” by Indians as remixed by Jason.  You can download the track here.

Somewhere There’s a Someone

Captured in the home studio and directed by Mike Vanata, here’s the video for “Somewhere There’s a Someone.”

Jason recorded a session for Daytrotter in San Francisco this past October turning out stripped down, piano based versions of Get Up and Go, Willow Wand Willow Wand, This Song is the Mute Button, and Somewhere There’s a Someone.  The sessions is now streaming here.  Check it out.

Don’t You Take It Too Bad

Ben of Horses Bridwell sent me this little “vocal,drum,guitar demo” that he recorded the night before in his hotel in Milan Italy and asked me if I wanna “add some whatever ” to it. I proceeded to slather sonic goo and build and mix upon it until I suspected the ghost of Townes Van Zandt was starting to get annoyed… I’ts a beautiful song chosen and sung by Ben and I had a great time working on it.

Jason recently recorded a Tiny Desk Concert at NPR’s Washington DC office.  You can check it out below.

Split 7″ with Sea of Bees

The split 7 inch with Sea of BeesCan be pre-ordered here and can be streamed over at NPR.   It will be shipped on the release date of 11/23/12.  The split was created for Record Store Day’s Black Friday….to support indie retail.  You can read more about that here.

Get Up and Go Video

Thanks to Mike Vanata for his help in making this.

Dept. of Disappearance Out Now

Dept. of Disappearance is finally here.

You can order the CD at any of the links below.

Or, a digital download with a few extra tracks at iTunes worldwide.

The double vinyl with CD is also now available.

This is Fake DIY

KEXP Live in Studio this Tuesday

Jason will be in studio at KEXP on Tuesday performing live on The Midday Show at 1:00 pm US Pacific time.

The session will be streaming live worldwide at http://www.kexp.org/.

Band of Horses shows this December

Happily hitting the road with the Band of Horses guys December 3 – 15.  Dates and details are here. 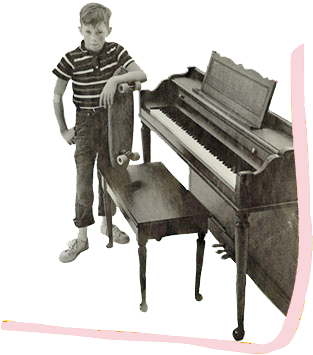